Posted by StrongMove on December 31st, 2019 | Comments Off on Moving to Birmingham 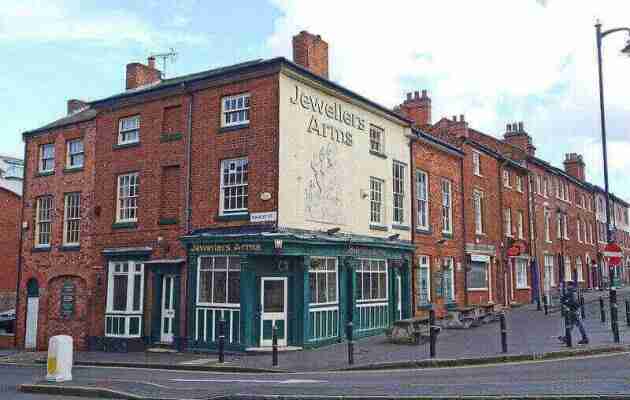 If you’re considering moving to Birmingham, then this post is for you.

Sometimes moving to another city is an option, sometimes it’s not. There are many reasons why people move cross-cities. Usually it’s for work, for university, for a new beginning, to escape from something or someone, for a loved one, for financial reasons, etc.

Birmingham offers a lot of opportunities to everyone, regardless of the reason you’re moving there.

Birmingham is one of Europe’s biggest cities. It has a population of over one million people and gets nearly as much visitors each year. It’s been listed in various charts as a city you must visit in your lifetime.

One of the many advantages of the city is that it’s in the heart of England and the centre of the rail and road network. You can easily get from Birmingham to any city in the UK.

It’s also quickly becoming a city that Londoners choose to move to.

Fun Fact: It is possible to travel to 90% of the UK from Birmingham in under 4 hours.

How to move to Birmingham from London?

Deciding to move might have been an easy choice for you. However, organising the actual move might not be as simple. To organise a move from London (or anywhere else) to Birmingham you’ll need to do the following:

* Pro-tip: Be careful when a certain quote is much lower than the rest you’ve received. That might be a sign of a scamming moving company!

Cost of moving to Birmingham from London?

Your removals company will assist with everything about your move from London to Birmingham. Including moving boxes and packing materials delivery, storage, packing service, assistance with shipping arrangements, move out cleaning, etc.

That being said, the cost will vary depending on the number of services you combine with your removals. The distance from postcode to postcode, and the time needed to load and unload the moving van also play a major role in forming the final price of the service.

Cost of living in Birmingham?

What attracts people to move there? The city has a lot to offer. Rent is 50% cheaper than it is in London. The average salary is smaller than in London, but with the inexpensive rent, the people in Birmingham also spend around 20% less on food items and utility bills.

Housing and rent prices in Birmingham

Depends on the area you choose to live in, you can expect to pay on average the following:

Property costs for sale on average are:

Remember that the process of buying a house can be long and tedious so be carefull when you leave your current property.

Cost of utilities in Birmingham

Depends on the type of property and the number of people living in it, but on average you can expect to pay around £90 for a small apartment and over £130 for bigger flats and more people inhabitants. This sum is inclusive of energy, water, heating/cooling, but not council tax.

For example, if you live in London, you will need to cancel your council tax there and inform the local council in Birmingham to set you an account there.

For more information about bands and charges in Birmingham check here

According to PayScale, data collected in 2019 shows that the average annual salary in Birmingham is around £22,000. Compared to London’s average which is around £36,000 it seems a lot less. However, the monthly expenses - transportation, food, utilities, rent - Birmingham is more inexpensive. So you will earn less but you’ll also have fewer expenditures.

Is Birmingham expensive to live?

It depends on the lifestyle you’re used to. As we said, the average salary in Birmingham is around £22,000 and the rent is much cheaper than in London. As are most products, the public transportation, and even the utilities. So, it depends on how much money you’re used to spending.

One of the biggest expenses a young family has is childcare. Although childcare expenses are smaller than the UK average, they can be quite costly to people with children under 3 years old, says an article in Birmingham live. It can get up to an annual tax of £5,500 for a 2-year-old to go to kindergarten. The monthly tax for children older than two years is cheaper, and for some kindergarten can even be free.

Being the second largest city in England after the capital, Birmingham has a lot to offer. Located in the heart of the UK, it draws people from different cultures, different ends of the UK and the world, and of different ages.

Birmingham has the second strongest economy in the UK, second only to London. Job the openings are not scarce in the city. Some of the key industries in Birmingham are production and manufacturing, logistics and distribution, business services sector, public and health, financial and insurance sectors.

Many of its areas offer green spaces, schools and kindergartens. The nightlife isn’t bad either. In fact, Birmingham is only second to London to the number of Michelin stars restaurants.
The city also has over three universities that also attract young people looking for the best place to get their higher education.

Best places to live in Birmingham

Many young families with small children choose to move to Harborne - it is close to the inner city and city centre, plus it has a lot of open green space - perfect for children to play.

Halesowen and Bourneville have great schools, parks and green spaces, and easy access to the city centre.

Jewellery Quarter is also amongst the most preferred areas. It is near the city centre, has tranquil green spaces, and offers job positions in the jewellery business. The area is predominantly inhabited by young people.

Digbeth and Erdington are two of the most promising areas for young entrepreneurs. They are close to city centre and the other surrounding areas make them appealing for business startups.

5 Places to visit in Birmingham for free

One of the biggest tourist attractions in the city is the Tolkien Trail. And it’s free. There isn’t a designated tour guide to accompany you on the journey. There are a couple of parks and places that are linked to Tolkien’s life in Birmingham that you can visit yourself for free.

Many of the museums and art galleries in the centre of the city are also free to enter. Exhibitions are changing, the art galleries are offering great selections of contemporary and classical art.

You can visit the new Library of Birmingham which is home to the Shakespeare Memorial Room. The library also offers a garden terrace with a spectacular view of the city.

Visit the canals of the city and you’ll feel as if you’re in Venice. Birmingham doesn’t have more canals than Venice, Italy as the myth states. But that doesn’t mean you can’t enjoy the canal network.

Free live music on the regular for the music fans. The Symphony Hall hosts music performances and workshops in its cafe bar and they are free for the public.

We hope that this article answered some of your questions about moving to Birmingham. And that it helped you make up your mind whether you should or shouldn’t relocate. If you do, the Brummies will greet you with open arms, that’s for certain.

Ready to move to Birmingham?

Check out our removals service page.