Moving to London’s West End and have cash to splash?

Posted by StrongMove on September 21st, 2017 | Comments Off on Moving to London’s West End and have cash to splash?

West End is the beating heart of London City where history and culture from all around the globe collide in this relatively compact area and create one exceptionally vibrant world.…

How to Pack Your Shoes When Moving

Posted by StrongMove on August 21st, 2017 | Comments Off on How to Pack Your Shoes When Moving

No matter how many pairs of shoes you have, all should be packed very well and safe during a move. Wondering how to pack your shoes when moving? Don’t, this guide provides thorough information on anything you need to know about packing shoes – from the process of wrapping them with paper to details on how they should be placed inside your bags without damaging or scuffing them.…

Posted by StrongMove on May 3rd, 2017 | Comments Off on How to Start a Man and Van Business – All You Need to Know

Starting a man and van business turns out to be a very good opportunity for UK citizens who want to start their own career quick and make a stable profit out of it. There is a solid demand for this service that is constantly increasing for many reasons:… read me

How to Pack for a Long Distance Move

Packing for a long-distance move might be a very tedious task but only if done without any guidance. The whole move requires a lot of time, effort and finances which may be easily minimized if you follow simple guides on how to pack for a long-distance move, just like this one. Don’t forget to also take in mind the best day of the week to move.…

Posted by StrongMove on June 7th, 2016 | Comments Off on 50+ Packing Tips for Moving House 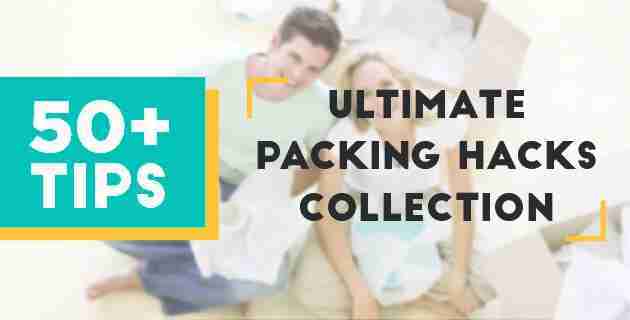 How to Pack Your House Items Efficiently?

Whether you’re looking for packing tips as part of your meticulous moving research which you’ve started months ahead, or it’s a last-minute chance to rest your back because you decided you could do it all on your own, below you will find the best packing tips on how to prepare the entire house for the move.…

To Move or Not to Move – That Is the Question!

Moving home is like an elaborate game of chess – one slight miscalculation is all it takes to lose your king to a pawn. And if your tactic involves charging forward and praying that your life will somehow turn out for the better, then take another look at your chessboard. Because the question still stands – should you move or not?…

Moving With Cats – A Guide to Relocating With a Cat

Posted by StrongMove on April 8th, 2016 | Comments Off on Moving With Cats – A Guide to Relocating With a Cat

For many people, change is something that they eagerly look forward to. But mention that word to any cat in the known universe and you’re likely to get an aggravated hiss in response. Why? Because these animals love the predictability of daily routine to the point where a single missed meal is more than enough to upset them.…

8 Unpacking Tips after Moving Your Home

Posted by StrongMove on March 11th, 2016 | Comments Off on 8 Unpacking Tips after Moving Your Home

There are few things that are more annoying than unpacking and arranging everything at your new place. Especially if you pack, move and unpack often. However, if you make a plan for the unpacking and go after it, you can be sure that the process will be significantly shorter and less irritating. Therefore, if you want to make the unpacking as quick and hassle-free as possible, read the next 8 tips for the best way to unpack after a move! …

Posted by StrongMove on September 29th, 2015 | Comments Off on Living in Stoke Newington

While in the past Stoke Newington used to be one of the bad areas in London, where you wouldn’t spend your free time, after the nineties, after all the restaurants, boutiques and delis started popping up Stoke Newington became one of the best areas in North London. Stokie (the informal name for Stoke Newington) is generally recognized as the N16 postcode area, although N16 includes also Stamford Hill and Shacklewell).…

How to pack plates and dishes for moving

Posted by StrongMove on September 3rd, 2015 | Comments Off on How to pack plates and dishes for moving

One of the most fragile items you’ll need to pack during a move is your dishes and plates. If they are not packed properly – it’s easy to crack or even completely broke them even if you handle them with greatest care. You don’t need to worry about that though, just follow our step-by-step guide and you’ll learn how to pack plates for moving and any other flatware like a pro.…